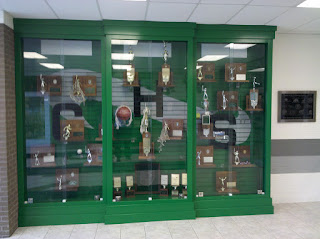 Our lobby has a new look this year.  You can't miss it if you walk in the front entrance of our building.  Two new trophy cases that truly impress!  This Athletic Trophy case is host to a number of our most prestigious athletic awards from our rich athletic history, including:

A special thanks to the following donors who supported this project:

Also, a special thank you to Bruce Boley, Athletic Director, for organizing this project!

We are grateful to have so many great people willing to support our effort to showcase our academics.

AWESOME!
Posted by Bulldog Principal at 6:02 AM No comments: Links to this post 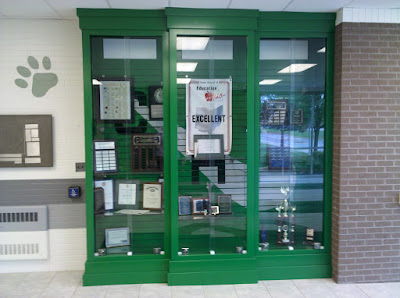 How many schools can say that they have an 'Academic Only' trophy case?  I know one for sure: Celina High School!  We have a great number of academic awards to brag about and showcase -- and now we have a place to collect them.  Included in the showcase are a banner signifying our EXCELLENCE from the state of Ohio, plaques displaying the names of the student of the year in various academic departments, a BPA trophy, Student Council Awards, Scholastic Team Awards, and JETS team awards.

If you have not seen the trophy case yet, we invite you to check it out!

A special thanks to the following donors who supported this project:


We are grateful to have so many great people willing to support our effort to showcase our academics...
AWESOME!
Posted by Bulldog Principal at 10:34 AM No comments: Links to this post 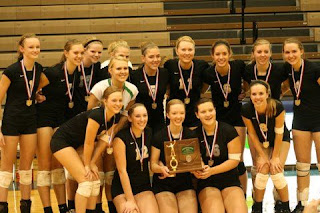 The CHS Volleyball Team is quite simply...

AWESOME!
Posted by Bulldog Principal at 9:29 AM No comments: Links to this post

Email ThisBlogThis!Share to TwitterShare to FacebookShare to Pinterest
Labels: athletics

Only pictures can describe this Awesome Thing... prior to sporting events, different CHS groups have sponsored face painting events for kids.  Most recently, the Spirit Squad advertised free face painting before a football game and had a steady stream of kids from 4 PM until the start of the game at 7:30 PM.

But no face painting has been better than the night of the St. Marys football game (see picture below!). 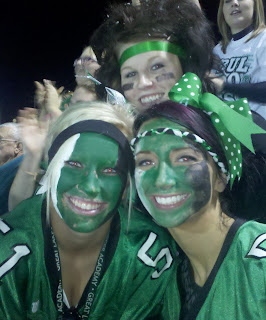 Bulldog fans painting their faces in support of their dogs...
AWESOME!
Posted by Bulldog Principal at 4:50 AM No comments: Links to this post 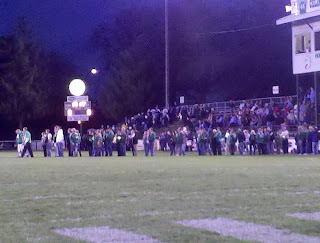 These parents deserve a medal.  For 18 years they have carted around their children to practice -- soccer, football, volleyball, cheerleading, tennis, golf, band, etc.  They have washed grass stained and dirty clothes thousands of times.  They have watched hundreds of events.  They have worked Bingo, sold food at concession stands, and participated in a multitude of other fundraisers.  Tonight is their night -- Senior Night.  A night when the community of Celina recognizes them for their accomplishment -- raising a teenage athlete!  Congratulations to those seniors and their parents that were recognized at Senior Night and to all of those seniors and parents that CHS has recognized over the years.

This Senior Night tradition truly is...

Email ThisBlogThis!Share to TwitterShare to FacebookShare to Pinterest
Labels: parents

Celina High Academic and Motivational Promoters (CHAMP) does so many great things for our school.  From sponsoring different school organizations to the CHAMP Lotto to Scholarship programs, this group, comprised of CHS parents, is one of a kind.  In my dealings with other principals and schools, rarely do a find a high school that even has a parent support organization -- and never are those organizations as involved or supportive as CHAMP!

Here is a list of the great programs CHAMP sponsors:


Visit the CHAMP website for more information about the organization and these programs.
Two meetings will be held this year... October 18th, 2010 & March 14th, 2011 at 7 PM in the Media Center.
Every student that has graced the hallways of CHS since 1993 (the founding year for CHAMP) has been touched by this organization's great work in some way.
For all the ways they have affected students, CHAMP is...
AWESOME!
Posted by Bulldog Principal at 12:41 PM No comments: Links to this post

NO SCHOOL!  Need I write any more?!

OK... there is more to this than just a (much deserved & needed) day off from school!  Many times, students, parents, and others ask: "What exactly is WOEA Day?"

WOEA stands for Western Ohio Education Association.  The day represents an opportunity for teachers to develop themselves as professionals.  Often, there are professional development opportunities in the area that many teachers take advantage of during this day.

But, the bottom line is, the students get to sleep in!

This day off that falls nearly halfway through the first trimester is...

AWESOME!
Posted by Bulldog Principal at 10:00 AM No comments: Links to this post